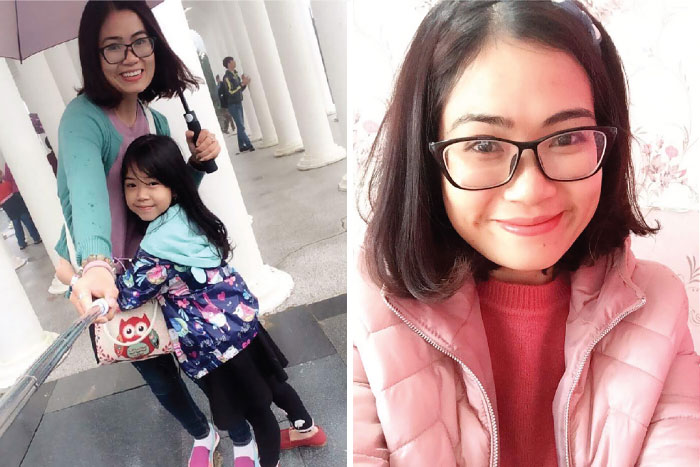 She was severely injured from 2 liters of acid, fell into a coma for 5 days, and only had a 10% chance to live. But doctors were dedicated to saving the acid-attack survivor. After the surgery, she miraculously survived. However, she had to endure terrible pain when her burned scalp revealed a part of her skull and also confront the stitching on her disfigured face, neck and shoulders every day.

She was determined to live and stand up because her little daughter needed a mother by her side. And to this very moment, she continues to fight for her life in every step of the painful surgeries. Not to mention the survivor’s family sold their house and were borrowing from everyone they could to afford the medical care. 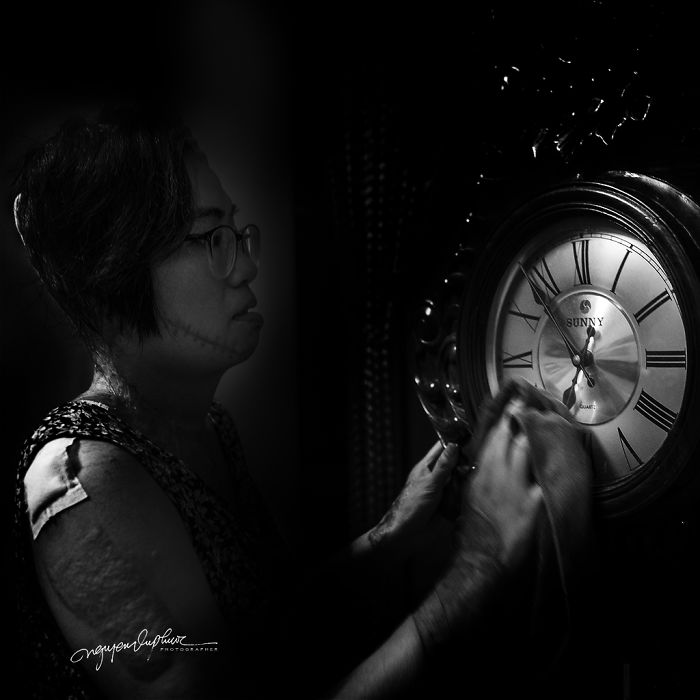 Huyen always reminds her 8-year-old daughter, “Forgive your father and let the past go away. You have to study hard to return the favor to the people who have given your mother a hand during this difficult time.”

The young teacher’s message to everyone is that it’s time to put a stop to acid attacks with the law and ban the consumption of acid in Vietnam.

When she loses her way, she prays to the dear ones whom she’d lost to give her strength 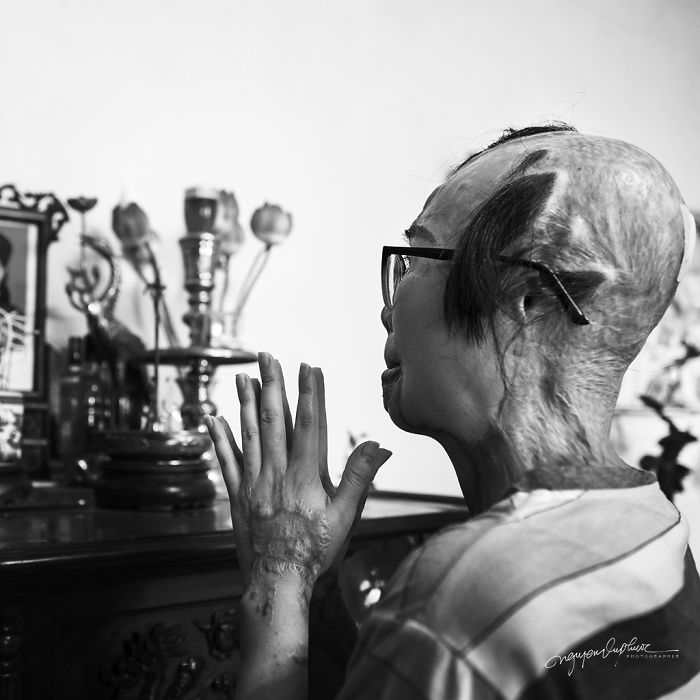 During the darkest times, Huyen still finds the light in her child 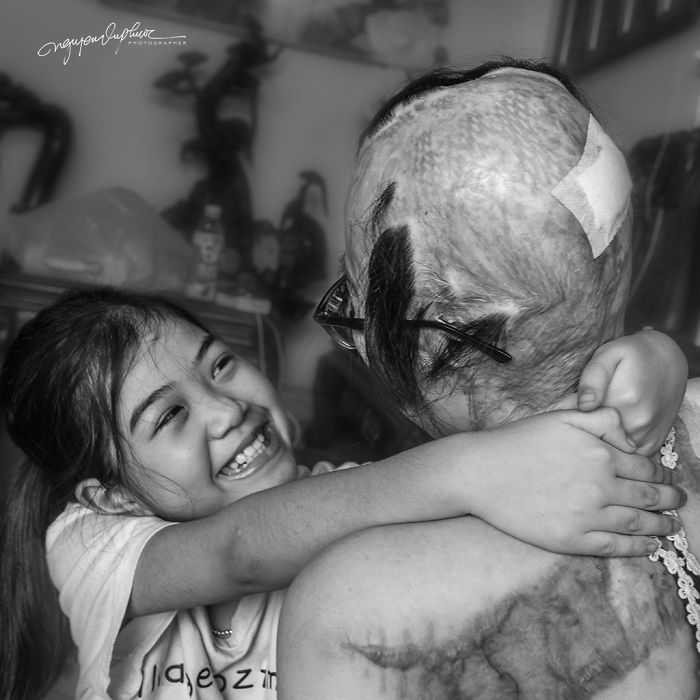 Holding back her tears, Huyen always smiles at her daughter 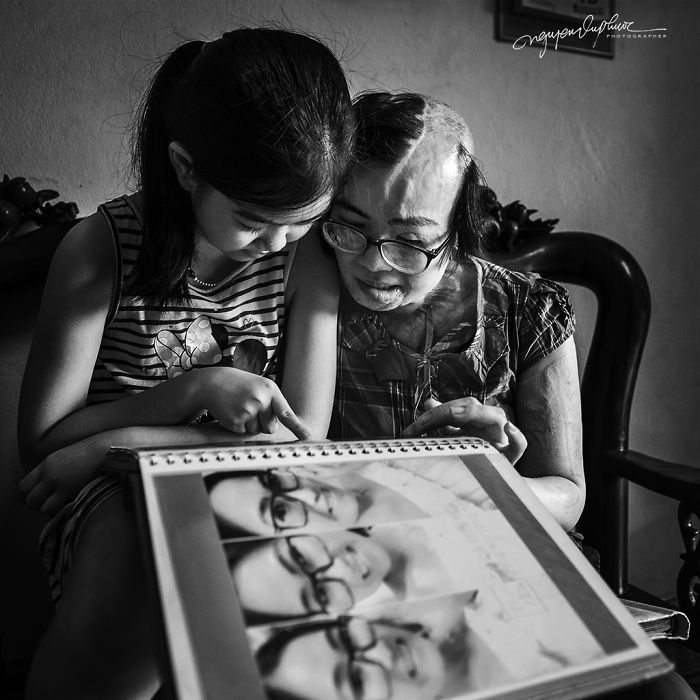 “I will never forget what father did to you. But you taught me to forgive even when you are in pain,” said her 8-year-old daughter 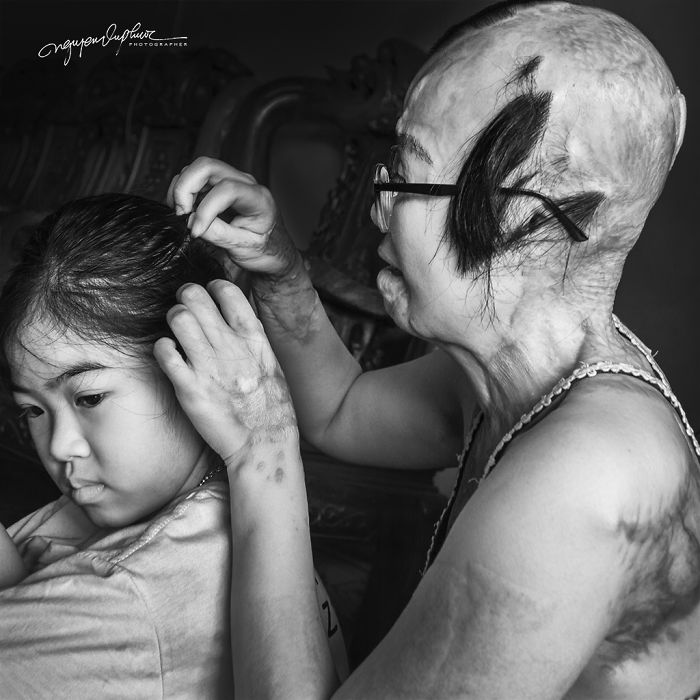 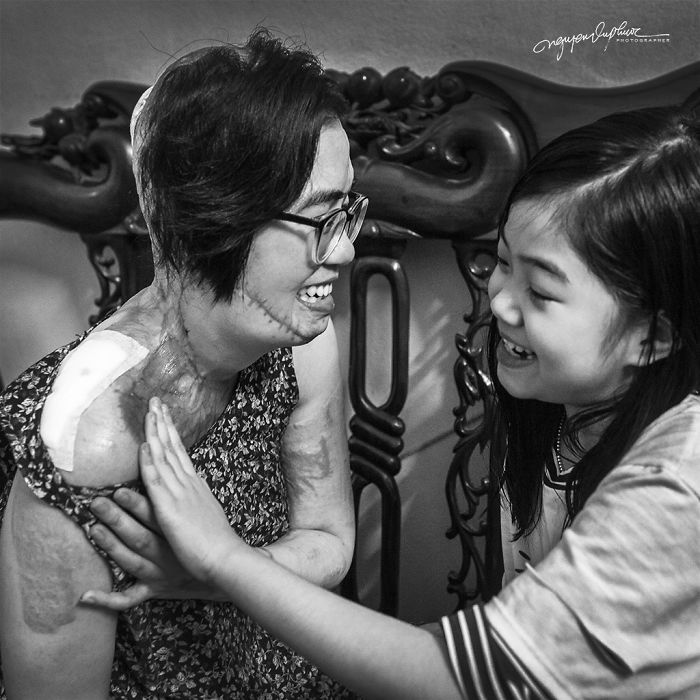 She teaches her daughter even though she is in pain 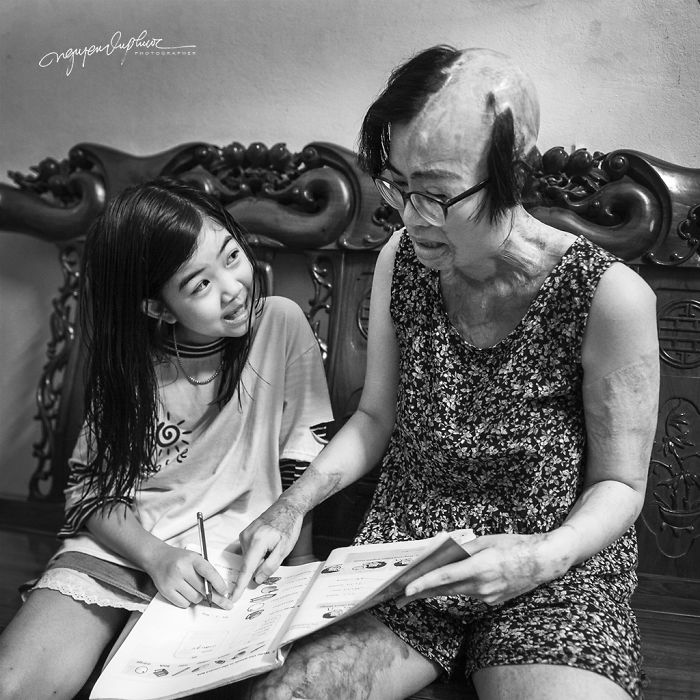 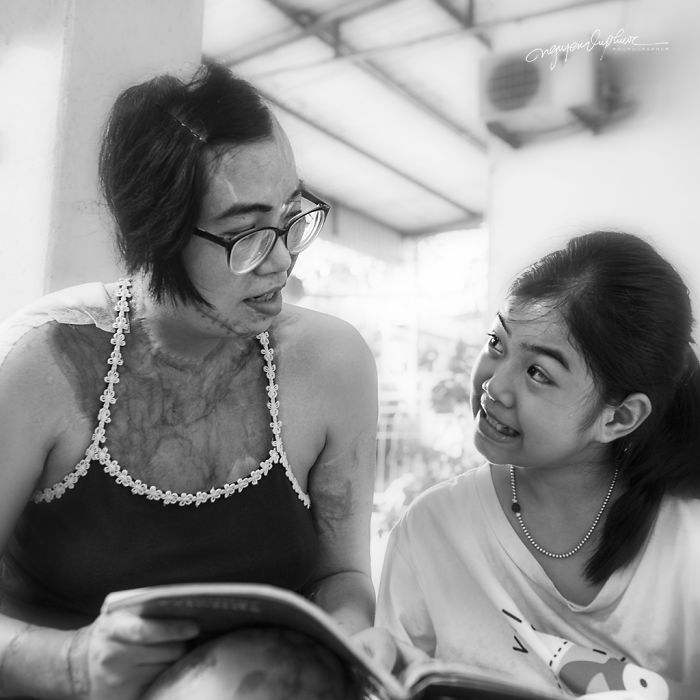 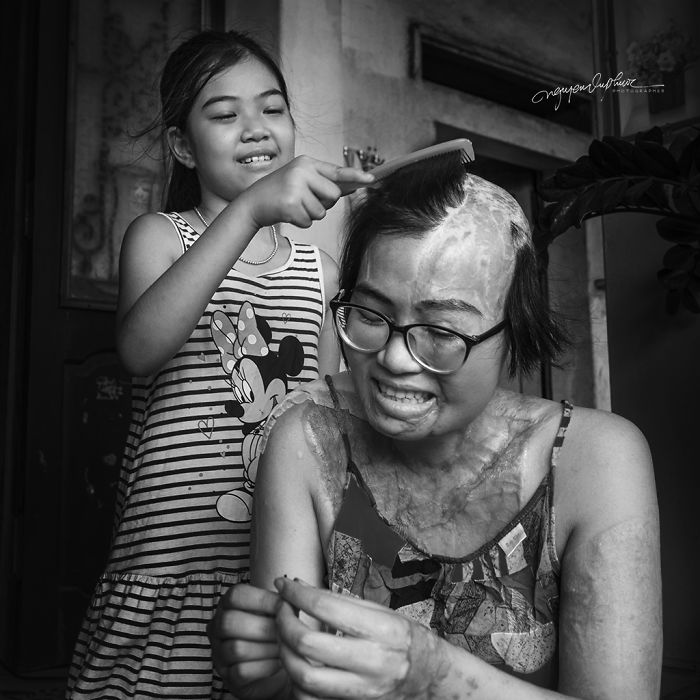 They arrange flowers together and spend quality time with each other 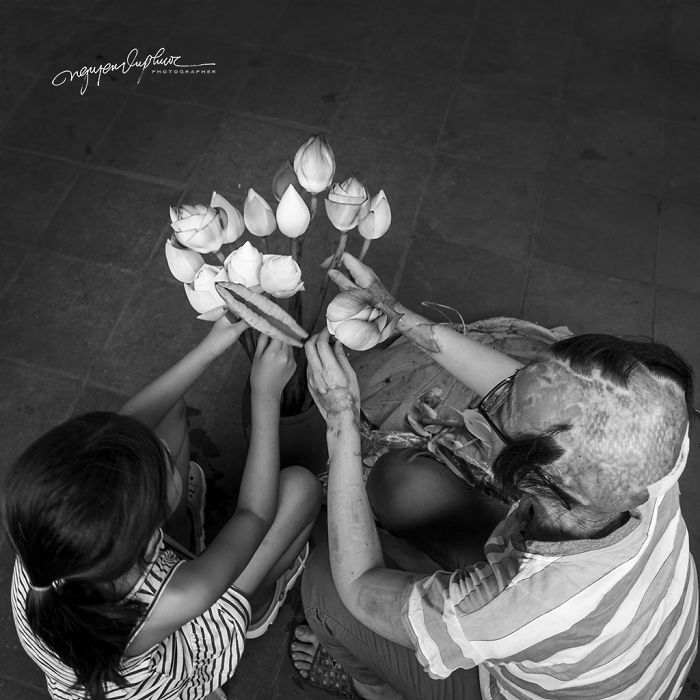 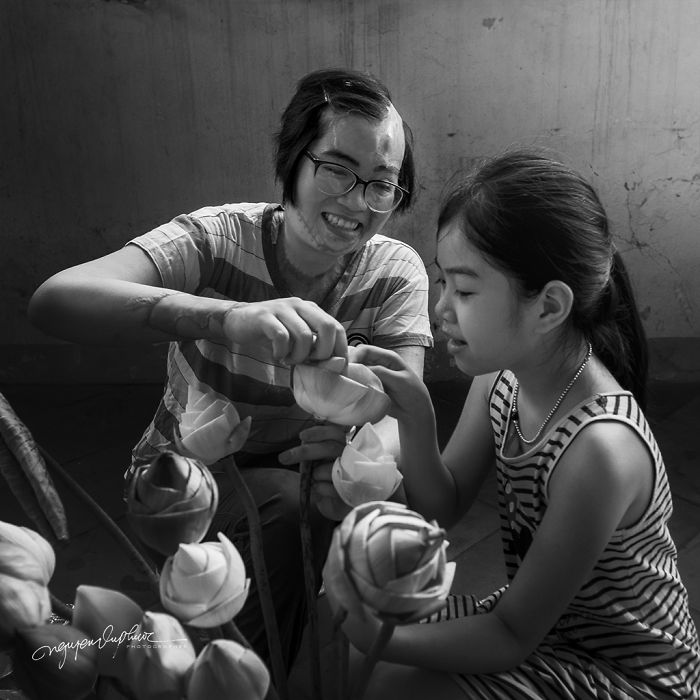 Huyen is preparing for her English lecture. The love from her students is pushing her every day 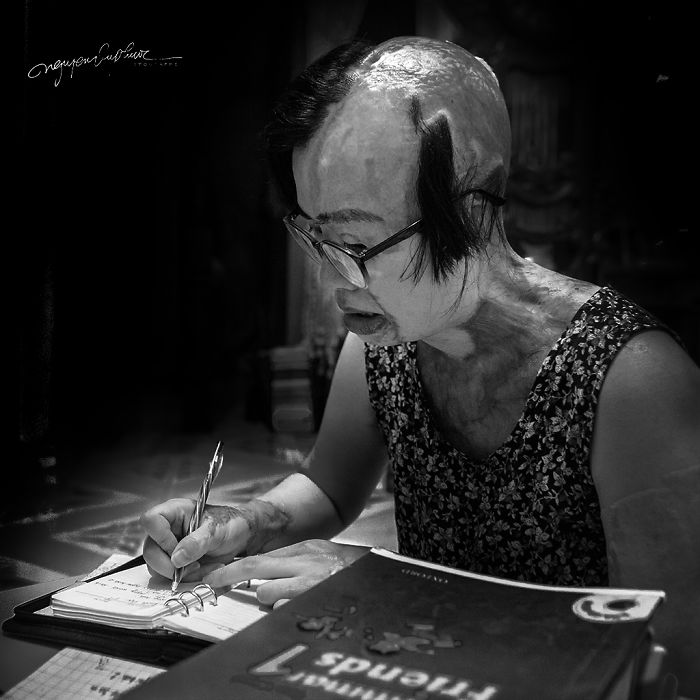 To me, you are the most beautiful woman 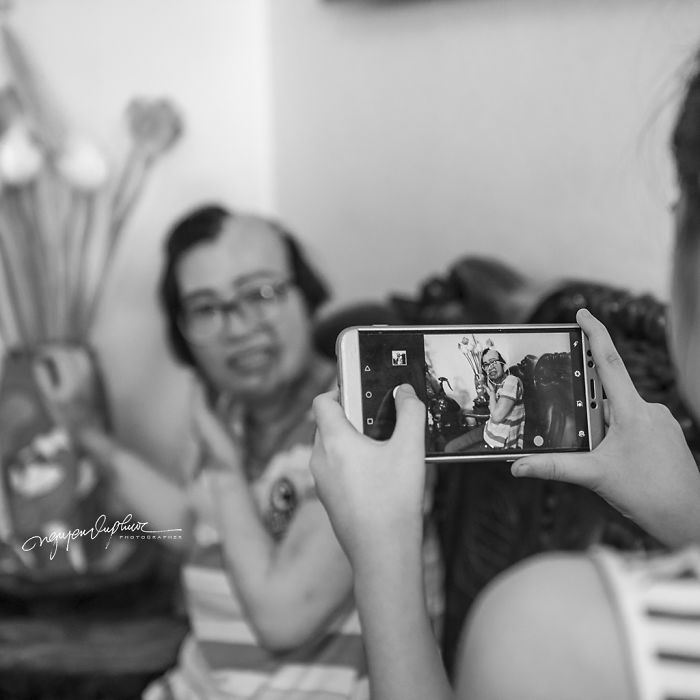 Huyen and I at the hospital 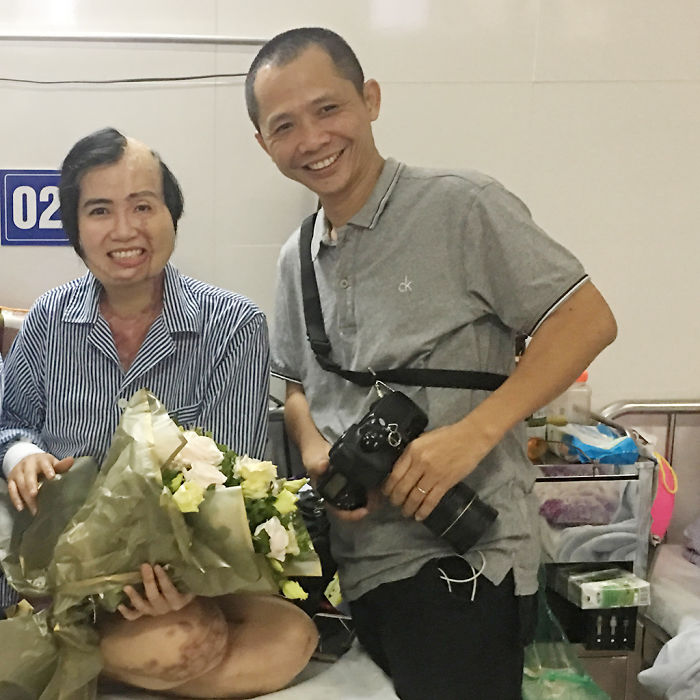